A Study of the Impact of Rural-Urban Migration and Urbanization on Public Housing Delivery in Enugu Metropolis, Nigeria

Globally, urbanization is now like a tidal wave sweeping the entire world and its impact is felt more in developing countries like Nigeria, where urban growth is marked by a dramatic shift with emphasis from rural to urban centers. Rural-urban migration which is one of the effects of urbanization has had grievous implications for urban housing delivery in Nigerian cities. Thus, the steady increase in her population over the years and its effect on the housing sector have become a problem of serious concern. Therefore, this research investigates the impact of urbanization and migration from rural areas on housing delivery in the city of Enugu in order to develop sustainable measures that will address the issue. It utilized a qualitative research method of direct observation and review of literature in which primary and secondary data were collected. The research results highlight some of the effects of Urbanization in the study area to include; gross housing shortage, increase housing rent and high land value in the city resulting to the emergence and expansion of many squatter settlements at the periphery of the city, incidence of haphazard situation of developments, change in land uses, violation of planning guidelines, suboptimal amenities and inadequate infrastructure as well as slum conditions. The study also identified 14 peri-urban squatter settlements with an estimated total population of 62,733 people; an indication of about 5.5% unaccounted spill over population with over 11,082 households in the city. Furthermore, it was observed that the current public housing provision in the city of Enugu over the period 1999-2020 is skewed away from low-income earners, who constitute a significant portion of the city's population. Conclusions and recommendations in the report include a call for strategic and comprehensive government intervention in the housing sector, as well as a demand for local building materials and a better use of union housing cooperatives with single digit interest loan for housing finance to ensure adequate provision of affordable housing to the growing population in the city. 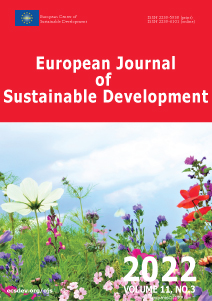