Unifying Sustainable Development Goals: How Cultural and Creative Engagement are the Missing Links to Advancement

The United Nations Conference on Trade and Development (UNCTAD) named 2021 as the Year of the Creative Economy. While symbolically significant, the designation does a disservice to Cultural and Creative Industries (CCIs) by dismissing their intrinsic and societal value. It also perpetuates a myth that these industries have economic viability as their sole contribution for advancing the United Nations Sustainable Development Goals (UN SDGs). By triangulating psychological underpinnings, established methodologies, and recommendations from leading organizations this paper challenges the contemporary siloed assumption of CCIs advancement through commodification alone. It has been shown that exposure to culture and creativity is vital for psychological well-being in individuals and society, while simultaneously eliciting abilities to garner new perspectives towards issues such as the climate crisis. These characteristics are fundamental for advancing sustainable development at broader levels and there are numerous underpinnings within the UN SDGs that corroborate the need to move beyond antiquated ways of doing and thinking. By looking at recommendations through the lenses of well-being and new perspectives, it is possible to create a roadmap that strengthens the 2030 Agenda by utilizing intrinsic values and practices from the CCIs. 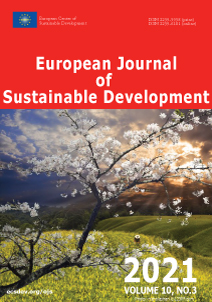