We live in complex times, in a world where the difference between rich and poor people is enormous. The distance between the two social categories increases from year to year, especially when in a certain year, events appear that can be included in the category of natural disasters and that have a very big impact on the security and well-being of the population. The study we propose considers two elements: an analysis of poor people, who do not have a stable shelter and who suffer greatly from it, but also a product we are working on and which could have a positive impact, both on them, as well as on the environment. The study we propose is based on data provided by EUROSTAT and the National Institute of Statistics (NSI), in order to determine the number and distribution of people who do not have a house or have a disused building in which they live. Based on the values ​​obtained in the period 2000-2019 we can determine, equally, the dynamics of declining population security (lack of housing or improper housing), as well as the positive impact on the environment, if this product will be implemented nationally. Attention must be focused on how to make the future product, brick. This attention is necessary because we use, in the construction of future bricks, raw material that may contain various bacteria that can, in turn, endanger the lives of the population, if the construction process is not checked at any time and if certain are not used. substances intended to destroy bacteria before the actual composition of the product and its assembly. On the one hand, the realization of this product will offer an extra chance in the fight against poverty by ensuring an optimal living environment. Building a house for people in the social category of poor people is a chance for them to start a new life. Every individual needs the security of a place to consider at home. On the other hand, the realization of this product has certain benefits for the environment. Based on the principle of the circular economy, the waste that currently pollutes most surfaces in Romania can be transformed into bricks and used to build houses or sell them to our neighbors. In this way, the quantities of waste stored in landfills can be reduced by up to 60-70%. At the end of the analysis and description of the product, we formulated certain courses of action in order to streamline the selective collection and increase the number of bricks, as well as certain courses of action that may be the basis of a future regional development strategy. 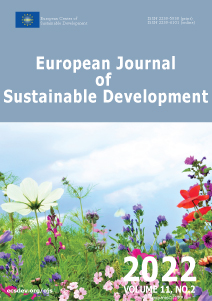