Will Budapest be a climate-resilient city? - Adaptation and mitigation challenges and opportunities in development plans of Budapest

Cities are responsible for more than two thirds of global greenhouse gas emissions, moreover, they consume the majority of resources and account for a great proportion of
globally generated waste. Due to the concentration of the population, of economic activities, of consumption and emissions, cities play a crucial role in the abatement of the
negative effects of climate change. Consequently, adaptation and mitigation actions in urban areas are greatly important regarding the decrease of urban vulnerability and fostering urban climate change resilience. Since approximately 20% of the Hungarian population lives in Budapest, moreover 40% of the Hungarian GDP is generated here, the capital city is the hub of consumption; or, in other words, it is the largest contributor of greenhouse gas emissions. There is growing interest in resilience-based studies not only at the international scale, but also in Hungary. Nevertheless, there are only a few Hungarian studies with respect to urban adaptation and mitigation strategies, and moreover, to related issues such as reduction of climate exposure or urban vulnerability. The aim of this research paper is to analyse adaptation and mitigation actions in different development and management plans of Budapest, and to identify the main challenges and opportunities considering adaptation to climate change in order to Budapest will be able to become a climate-resilient city. 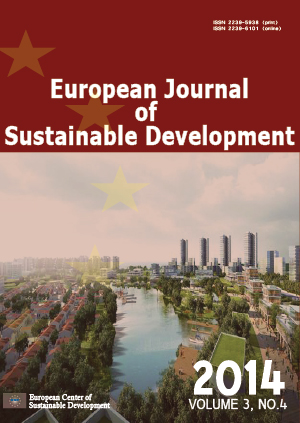 Buzási, A. (2014). Will Budapest be a climate-resilient city? - Adaptation and mitigation challenges and opportunities in development plans of Budapest. European Journal of Sustainable Development, 3(4), 277. https://doi.org/10.14207/ejsd.2014.v3n4p277
Download Citation